Mike Lew grew up in La Jolla. He graduated from La Jolla High not far from the very playhouse that his “Tiger Style” comedy is being mounted through Oct. 2nd. Both parents are/were in the medical profession and one could say with confidence that he and his sister were among the privileged class growing up. He attended Yale and Julliard. According to Lew privilege growing up as a Chinese-American (second generation) comes with a laundry list of expectations.

Albert (Raymond J. Lee) and his sister were over achievers as youngsters. They succeeded in everything they did from cello and piano lessons to college at Harvard to successful careers after graduation. According to him ‘Asian type’ parenting or ‘benevolent dictators’, or Tiger style parenting prepared them for nothing after graduation. How to cope with racial profiling, prejudice, skin color and generally accepted norms regarding the 'other' might have helped, according to the siblings.

Sister Jenny (Jackie Chung) is a successful oncologist and he is a computer expert at MedCo Medical Software making lots of dough. They live in Irvine and roommate together to save money. Unfortunately neither has scored during off hours because their social/likeable barometer meter is flat. Jennifer’s boyfriend (Nate Miller plays several roles) is ready to dump her, (“How can you throw away three years of out lives?”) and Albert loses his position at work because of his lack of communication skills.

Both are confrontational. He describes himself a just a software programmer, smart but lazy and his sister and overachieving doctor, in fact she is an over achiever, high strung and anal-retentive: Period! Neither speaks Chinese and he explains to his coworker that just because he ‘knows his race doesn’t mean he knows him’.

Needless to say both have identity problems that will surface throughout the first act. (“What’s there to talk about? I’m a failure, you’re a failure let’s all get fetal about it”.)

They refuse look at themselves as victims of their own fate or work at fixing the problem. Rather, they decide to pout and whine about it.  Why not place the blame for societal injustices of which they are a part, squarely where they think it belongs, on their parents?  (‘They should have taught us how the world really worked instead of those thousand hours of cello lessons’).

They trek it to the family home and sock it to their parents, (Mary Ann Hu and David Shih play multiple roles) who throw it right back at them. “Sounds like you didn’t live up to your own expectations”.

After being thwarted by their tiger parent’s absence in accepting responsibility for their children’s lack of maturity and coping skills, Albert and Jennifer decide that an “Asian Freedom Tour” back to their ancestral roots would be good for them.

They would be able to have a better understanding of who they were, everyone else would look the same and no questions asked, etc., etc. They land in Shenzhen Special Economic Zone, China.

It sounded like a good idea to them at the time. As soon as they deplane, however the play takes an unexpected turn from the self- serving irritable childlike behavior to the wacky. It then veers off into a no man’s land that is a disconnect from the first act that wants to examine ethnic identity and the complications it presents.

At this point, watching their escapades unfold became tiresome and loss of interest set in. The play slacks off and what might have been funny in the first act looks more and more like a cop out wandering off into the ‘Who cares anymore?’

Lew’s ‘Tiger Style” premiered in 2015 at the Alliance/Kendeda National Graduate Playwriting Competition. Lew interned at the theatre in 2000 and has gone on to do much more in his playwriting career. “Tiger Style” is now making its West Coast premiere with Jamie Castañeda is directing.

“Tiger Style” is more like a sit com. I am also assuming that most of the rapid- fire lines that so many in the audience found laugh out loud funny were in fact, funny. However when the cast ran their lines on speed dial, particularly Ms. Chung there wasn’t a chance in hell that yours truly could catch up with her at any given time, or actually hear the punch lines. It required some sort of a rewind and that was not possible, in fact it was down right frustrating.

Lauren Helpern’s set is snappy looking with neon lights and bright colors and large canvas hangings on one side of the set. The other has a domestic look that is parent’s home. Both living spaces morph into Albert’s work place or a psychiatric's office or a living room. The multi purpose set works well in both acts, 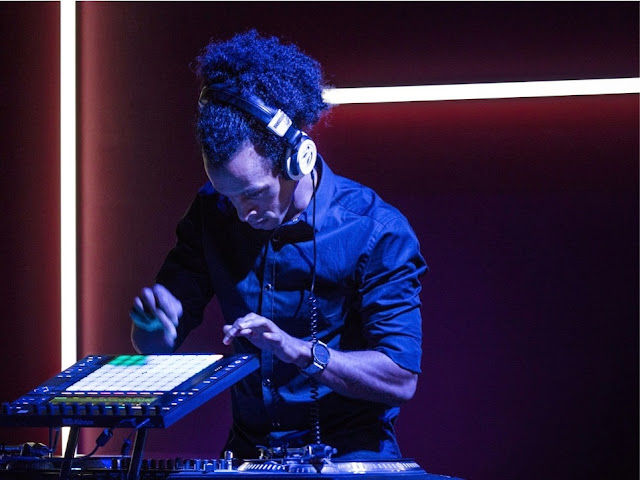 Lew holds a new play commission from The La Jolla Playhouse and is co-director of Asian-American playwrights in the country. With some tweaking and tightening future productions of “Tiger Style” could and should land on more solid footing.