With the exception of those who might never have seen this show and it does have its moments of inspiration, there’s a reason it is seldom produced. Simon’s book doesn’t give us much to work with and the story line is pretty forgettable. It remains locked in the ho hum doldrums of the 60’s with our heroine Charity Hope Valentine (a lively Natalie Nucci) still looking to be accepted and loved.

Charity is a ‘Taxi Dancer’ (she works at the Fandango ballroom where any man, especially big spenders (Yup, that’s the number one tune) can buy the girl of his choice. She is the ever smiling/ down in the dumps character that gets sideswiped at every turn but picks herself up, dusts herself off and starts all over again.

In typical Neil Simon fashion with gags and rat-tat tat comedy and some slap-stick, some of the situations she finds herself in drag on too long and go nowhere. In the opening scene her then boyfriend (she has a heart tattoo of his name, ‘Charlie’ on her arm) steals her handbag and tosses her into a lake near by. Now that might tell you something of her choice in men. After being dragged out she bounces back and is on to the next calamity in her life.

She is saved by the famous actor Vittorio Vidal (Geraldo Flores).  She bumped into him outside his well -known hangout, Club Pompeii (where they do the ‘Rich Man’s Frug’). They head back to his place where she tries to seduce him every which way over cold cuts. Just when she thinks she is making headway, his mistress Ursula (Carley Cannata) she comes back claim him. 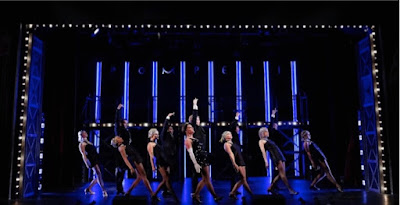 Things get a bit hectic a la Simon, and Vittorio pushes her into his closet to hide so Ursula doesn’t find him with another woman. Then she gets to watch them make love. Oh well! She does leave though with an autographed picture of him so she can show it to her dancing buddies.

Another that was fun to watch was the odd -ball insert ‘Rhythm Of Life’ scene performed by a talented Nicholas Alexander. He is ‘Big Daddy Brubeck’ of the Rhythm of Life Church located under the Manhattan Bridge. Here the ‘60’s hippie culture is brought back to life and was damn rock’n good.

Later on she finds herself stuck in an elevator with her would be next love of her life, Oscar played with innocent doggie eyes by Daniel Newheiser. He’s claustrophobic, neurotic and nearsighted to boot! She calms him down in what has to be turn about for all of her neuroses.  (“Bravest Individual”) We thought he would be the love to end all loves with marriage in mind, but then again…no spoilers here.

Nucci who plays Charity Hope Valentine or Sweet Charity is quite right for the role elevating this production to the ‘somewhat entertaining after all’ category. The fable about a cockeyed optimist and her love (less) adventures in New York does make her a rather likeable, if quirky character even if a bit out of touch with reality. (“You run your heart like a hotel”)

She works the part to her advantage with her exceptional dancing and bouncy personality. Nucci, a veteran performer of “Anything Goes”, “Man of La Mancha” and “Bye, Bye Birdie” to mention a few is the perfect choice for Charity. In this reviewers mind she can put the youngest of the ensemble to shame with her energy, effervescence and a plausible belief in her character, unbelievable as it is.

Her cohorts at the club and dancing include Nikie and Helene (Adrian Mustan and Justin High) along with the other dancers at the Fandango, lend a good bit of dance sophistication to the show. Carmen, Suzanne and Elaine (Danelle Green, Renee Rand, Andrea Williams) and a most competent ensemble dressed in Janet Pitcher’s sparkly and shimmery gowns adds to the overall look.

The Fandango Club as is the rest of the scenic design by Brian Redfern is a metal two- tiered looker, Vittorio’s minimal bedroom setting (closet included) and a booth at a restaurant where she and Oliver meet. It is all illuminated with some fancy colored foiled streamers as doors that twinkle and flitter from the multi colored bling lighting, fitting a club of this sort of club. Credit Jennifer Edwards eye catching colors.

On the bright side dancers and dance numbers dazzle and sizzle! They are a product of choreographer Bob Fosse (Gwen Verdon’s husband). His choreography was nominated for a Tony that year. Ray Limon directs as well as showing his flair and attention to detail to Fosse’s choreography. That is always exciting to watch from a laywomen’s mouth opening prospective. Great dancing with great talent performers never gets old. (Nikie: “We don’t dance, we defend ourselves against the music”)

Some tunes are memorable and have a bit of nostalgic recall of the sixties, if you are old enough to remember them. “Big Spender” and “If My Friends Could See Me Now” still hit the charts on Sirius(((XM))) Broadway show tunes every now and then. For now though, Justin Gray and his musicians do a fine job at the Welk. 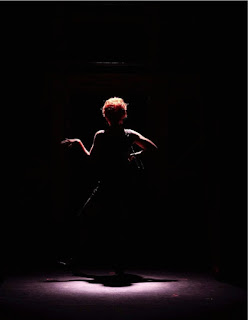 If you are feeling the need to complete your dance card with Tony nominated shows of the past this one will fit the bill. It’s Sweet on Charity.